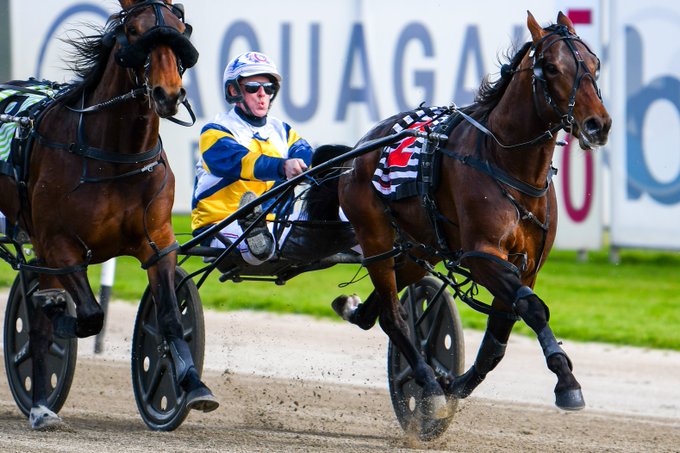 An outstanding effort from CAPTAINTREACHEROUS 2YO Petracca in his Nutrien Equine 2YO C&G heat, winning the race and recording an equal track record fastest final quarter of 25.3 at Menangle!

The boys had a good week at The Red Mile in the US too – CAPTAIN colt I Did It Myway clocked 1:48.2 to take his $80,000 leg of the Kentucky Series, while STAY HUNGRY just kept racking up the results with two 2YO filly winners in the series legs.

Zanatta recorded her first ever win to become STAY HUNGRY‘s third fastest progeny, clocking 1:51.0 and Hungry For Love added stakes to become his second highest stakes earner, with $65,000 now in the bank, behind Annapolis Hanover with $117,000. He now has 31 race winners in North America, with an incredible 17 in 1:54 or faster. His book is limited in Australia – don’t hesitate to get your mare on the list!