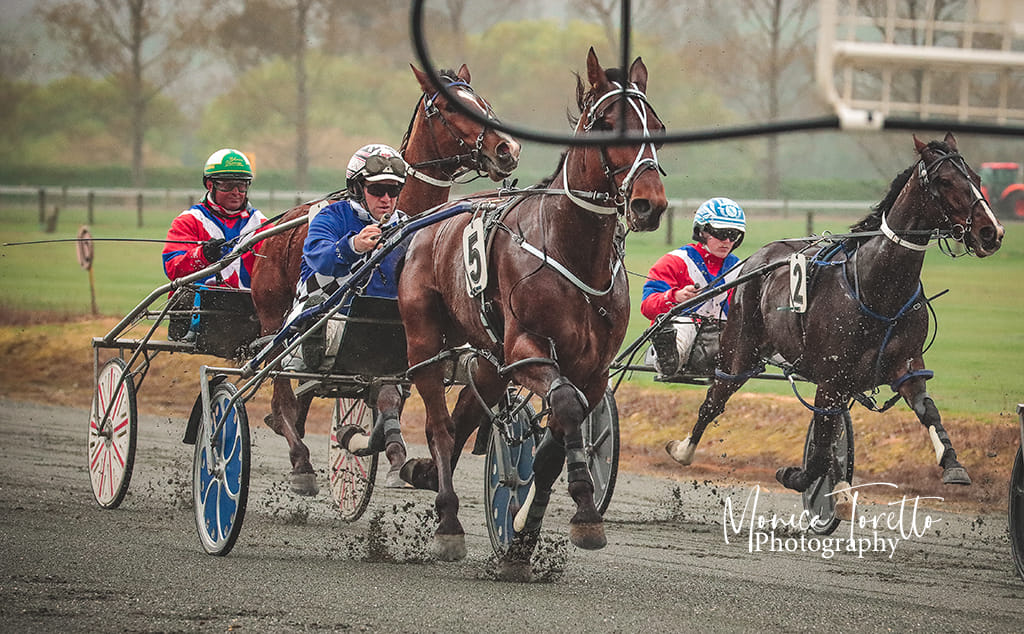 King of the kids, CAPTAINTREACHEROUS represented by five winners this week – four 2YOs and a 3YO!

Hez All The Rage made back to back wins with a 13m victory at Pinjarra in 1:55, making him the fastest 3YO in WA this season. Two for two was also filly Exciting Time, saluting at Redcliffe, while Rakamurph (Invercargill) and Dontstopmenow (Alexandra Park) both added to their already impressive records in New Zealand. Three-year-old Zeus Dan was a 1:55 winner at Tabcorp Park Melton.

In North America, another SOMEBEACHSOMEWHERE star continues to shine with Beach Glass posting 1:48.4 to win the $250,000 Progress Pace Final at Dover Downs.