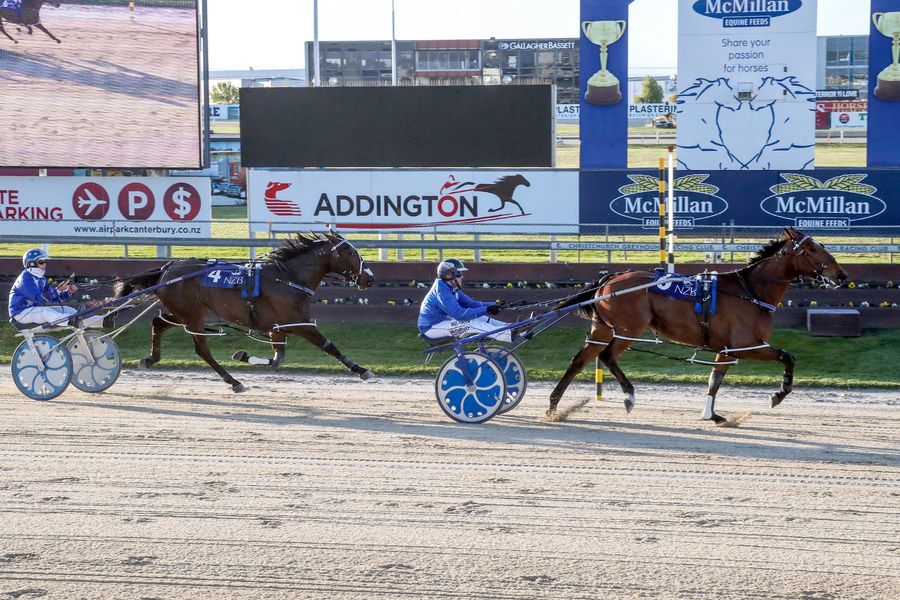 What a week it has been across the valleys – we send our love to clients across the country who have been and continue to be affected by the floods. Our on-farm stock are safe and well – in fact old JET LAAG is thriving, we all know how much greys love the wet…

Two-year-old CAPTAINTREACHEROUS progeny on a roll this weekend! Millwood Nike maintained her unbeaten streak, taking the Listed NZBS 2YO Fillies race at Addington in 1:56, while Firecracker Nola made it back-to-back with a win at Launceston, and at Menangle, Captains Knock clocked 1:53.1 to win a semi final of the NSW Breeders Challenge 2YO C&G series.

La Captain (4YO) topped $94,000 in earnings with a win at Melton and at Gloucester Park, fellow 4YO added yet another victory to his record.