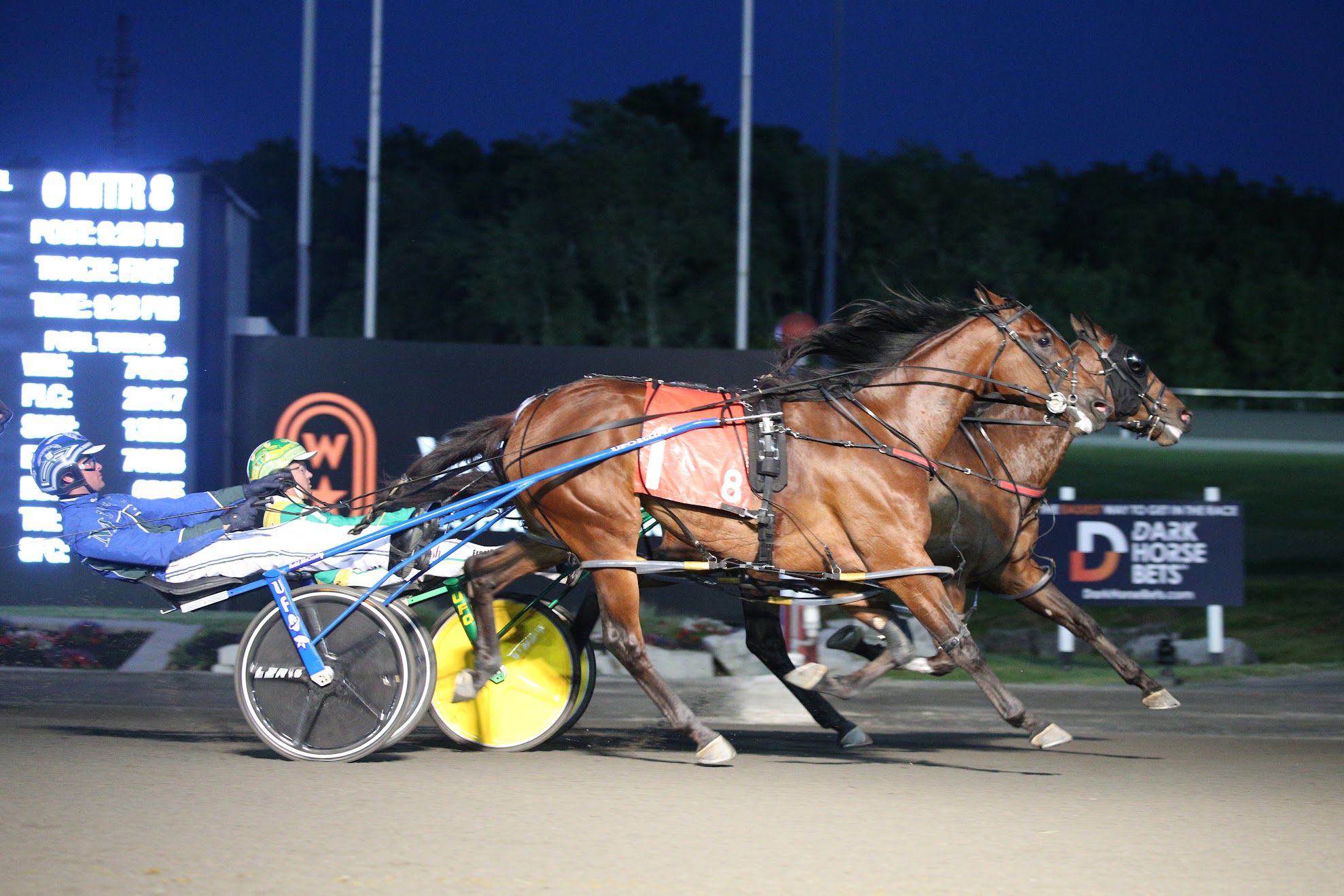 The stars of this week were CAPTAINTREACHEROUS‘ outstanding daughters with Treachery clocking 1:53.5 to take the GROUP 3 Cinderella Stakes at Tabcorp Park Melton and 3YO Treacherous Dragon claiming the $400,000 Fan Hanover Final in 1:50.1 at Woodbine Mohawk in Canada!

His other winners closer to home were Come On Sloopy (Globe Derby Park), One Two Many (by 7.3m in 1:51.2 at Tabcorp Park Menangle), 3YO Absolute Dynamite at Addington, and 2YO colt Petracca making it three wins from four starts saluting at Tapcorp Park Melton.

HESTON BLUE CHIP enjoyed a treble with Jimmyjoe in a heat of the Club Menangle Country Series at Cowra, and a Wagga double with Forged In Fire and Yum Cha.