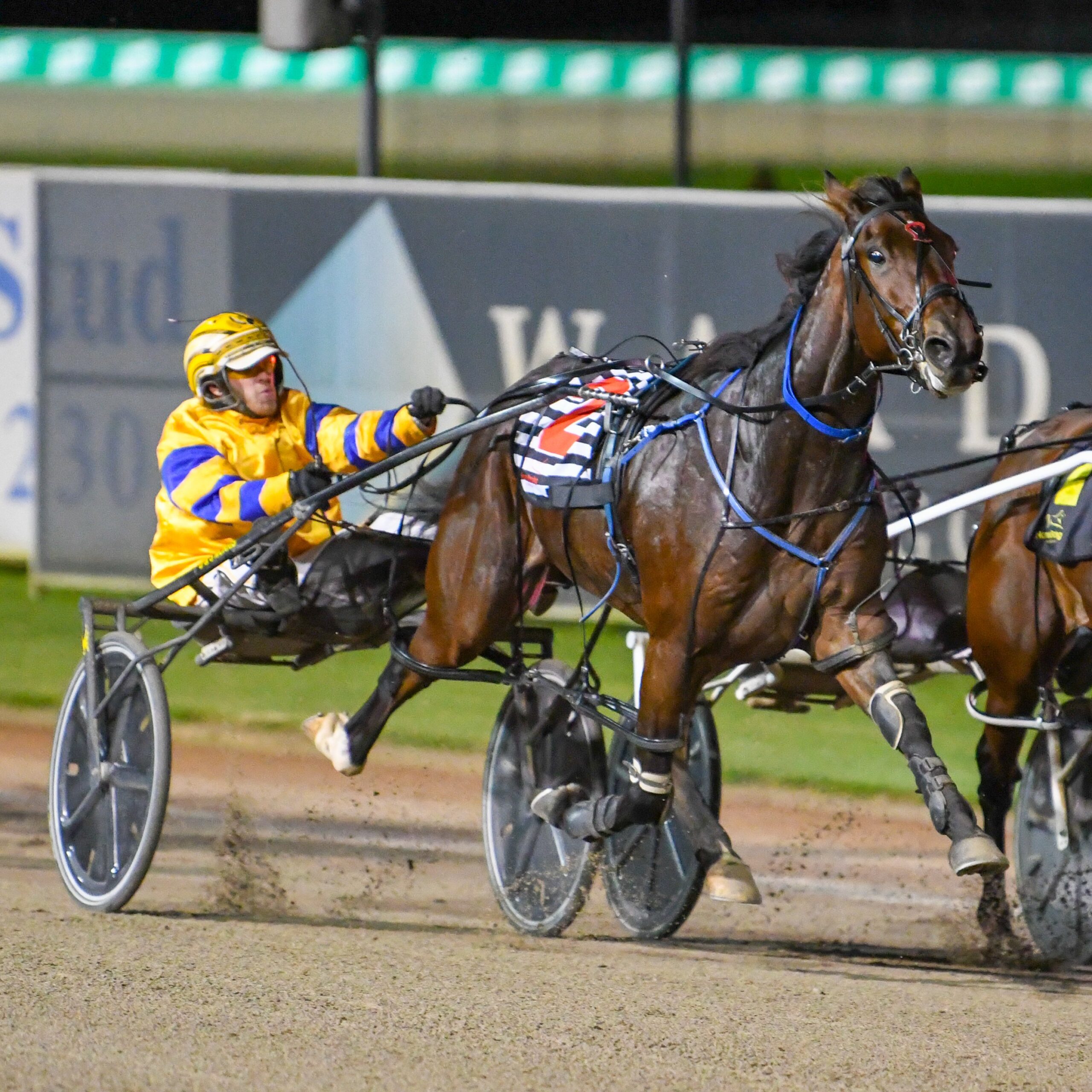 What a weekend for HESTON BLUE CHIP, securing four winners across the country – Roclea Ruler in a Tomlin Memorial Heat at Newcastle, Mummys Boy in 1:54.3 at Albion Park, Double Act in 1:52.7 at Tabcorp Park Menangle and at Central Wheatbelts, 3YO Boston Blue Chip up again.
CAPTAINTREACHEROUS took a Mildura carnival double with 4YO Tell A Tall Story in by 11.2m and 3YO colt Lightning Dan back doing amazing things and adding another win to his record.

Of our past sires, HUNTSVILLE‘s star continues to rise, with 2YO filly Flametree taking a GR2 at Gloucester Park and The Huntress scoring a win.
Trebles for WESTERN TERROR (Wayoutwest, Jilliby Jackpot & Hes A Terror) and WELL SAID (Machane Said, Aphorism & Warloch) and winners for BLISSFULL HALL (Blissfull Stride) and FOUR STARZZZ SHARK (Asterism).