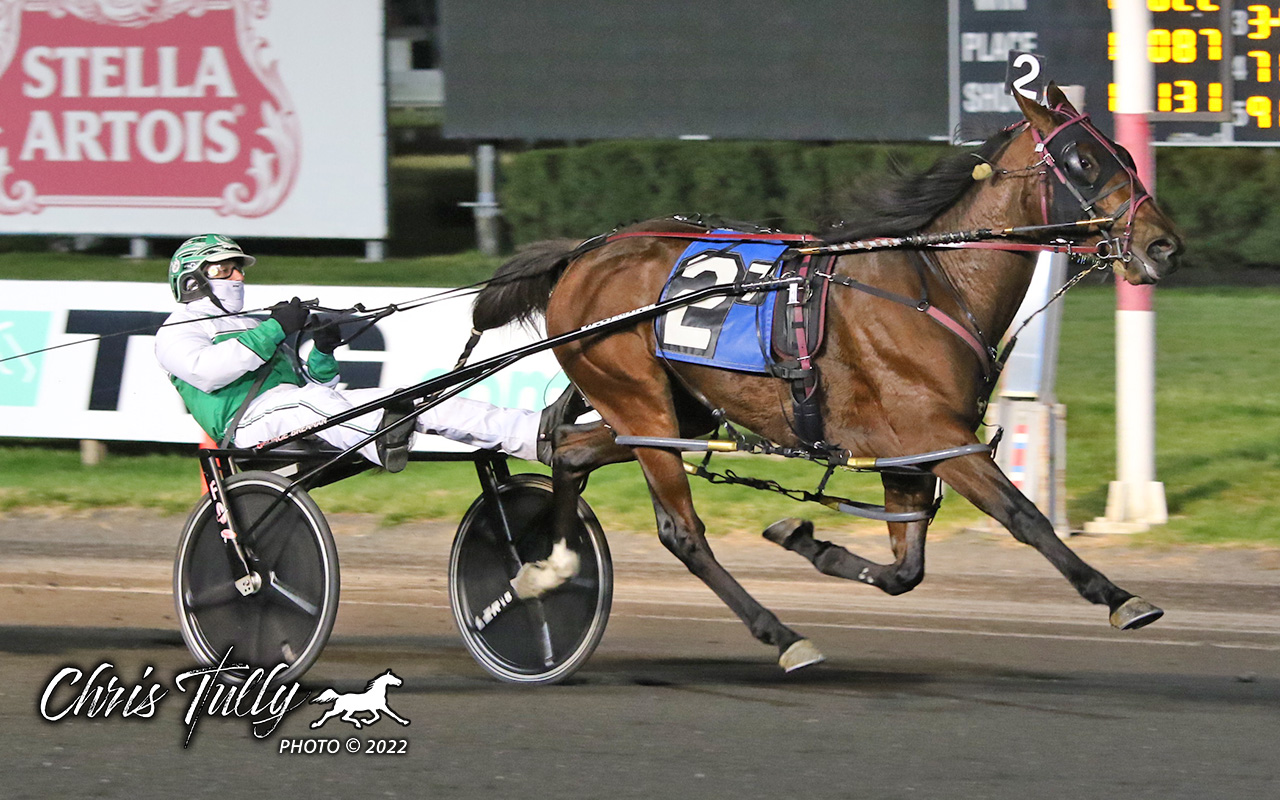 Zanatta and driver Daniel Dubé took advantage of hurried shuffling and a strong first-over attack to win the $428,400 Three Diamonds, for 2-year-old pacing fillies at the Meadowlands. Zanatta, who won the Three Diamonds elimination in 1:52, was up against 3-5 Strong Poison in the 10-horse field. The STAY HUNGRY – Major Dancer filly sat fourth early and rushed to the front after Bellisima Hanover and Vivians Dream fought for the top spot through a sizzling :26.2 first quarter.

The shuffling burned the clock some more as Strong Poison took to the outside and took the lead into the :54.4 half. Zanatta was full of pace coming into the second turn, passing the favorite and the mid-race competition, leaving them to catch their breaths in a 1:22.2 three-quarters. Zanatta owned the stretch from there, finishing the mile in 1:50.1. Vivians Dream sustained the followers to finish second, 1-1/2 lengths behind, and Cultured rallied from farther back for third. Jennifer Bongiorno trains Zanatta, who won for the third time in 12 starts at two and lifted her earnings to $390,361, for the One Legend Stable.

“We’ve known we had a really nice filly since the beginning,” Bongiorno said. “Honestly, her baby races were incredible. Her whole time training down, she was so good. Last week, with Lasix, I knew she could surprise everyone. She showed everyone (she is) the filly we know. She’s honestly better than she’s ever been.”

Michael Côté Gagnon, co-owner, said, “Zanatta was my first choice filly last year (as a yearling). It’s something really special when you find that baby and see them develop early in their career. Jenn convinced me to keep her on the track for the Three Diamonds and she was right. And (her brother Joe) did an amazing job (training with her), and my great friend Danny Dubé, who is there in replacement of Joe tonight.”