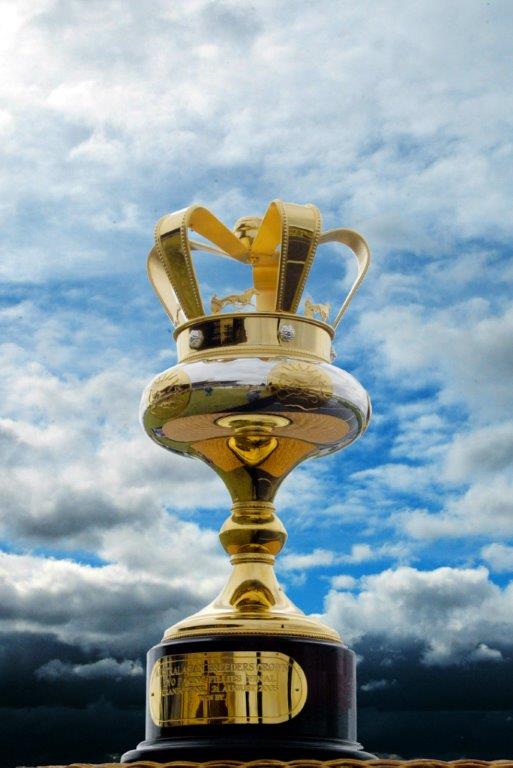 Of the eight Breeders Crown semi-finals held for two and three-year-old pacers at Tabcorp Park Melton on November 13, a remarkable five of the winners were sired by Empire’s stallions – and all were the product of frozen semen.

Catch A Wave was the favourite in the second semi-final for two-year-old-colts and geldings and he did not disappoint. The son of CAPTAINTREACHEROUS put together another dominant performance to dash home in 27.7 to win in a mile rate of 1:56.2 by seven metres. Catch A Wave has now won five races from six starts for trainer Andy Gath and driver Kate Gath. He is owned by Richard & Pauline Matthews and was bred by Benstud Standardbreds.

In both semi-finals for two-year-old fillies, it was daughters of the prolific sire SOMEBEACHSOMEWHERE who prevailed. Petillante produced a brilliant gate-to-wire performance for driver Cameron Hart and trainer Emma Stewart. She posted a third quarter of 27.7 and a fourth quarter in 27.9 to sprint home for the win in a mile rate of 1:54.1. The filly was bred by Cahillo Pty Ltd and is out of the Art Major mare Art De Triomphe. Encipher, by CAPTAINTREACHEROUS, finished in fourth position ensuring her a spot in Saturday’s Final.

In the second semi for 2YO fillies, Sounds Perfect was stunning in just her second race start defeating her rivals including the favourite Irish Black Label, winning convincingly in a mile rate of 1:55.7. After settling near the back of the field, Sounds Perfect set up a late challenge sweeping down the outside with great speed to cross the line first by more than 5 metres. She was bred and is raced by Bruce & Craig Cameron. The CAPTAINTREACHEROUS filly Playing Up was a strong second for driver Jodi Quinlan.

It was a SOMEBEACHSOMEWHERE quinella in the first semi-final for three-year-old pacing fillies with Beach Music, bred by Anne & Bill Anderson of Lauriston Bloodstock, showing brilliant gate speed to make the front and led every step of the way. She was able to burst home with a sizzling 26.6 last quarter and take the win in 1:57.3. Getting up for second by a head on the outside was Joanna. Tough Tilly, by CAPTAINTREACHEROUS, finished a very game fourth.

Act Now, driven by Jodi Quinlan, was nothing but impressive in winning the first semi-final for three-year-old pacing colts. The Victoria Derby Champion extended his winning streak to five while turning in a commanding performance, winning in a 1:55.5 while posting a final quarter of 26.7. This brilliant son of SOMEBEACHSOMEWHERE, is out of the American Ideal mare Molly’s Ideal, was bred and is raced by Bruce & Vicki Edward of Durham Park. The SOMEBEACHSOMEWHERE sire line is proving to be the most dominant sire line in the pacing world today. In Australia, CAPTAINTREACHEROUS is currently the leading 2YO Sire by average earnings per starter and Somebeachsomewhere is number one on the 3YO Sire’s List in the same category.