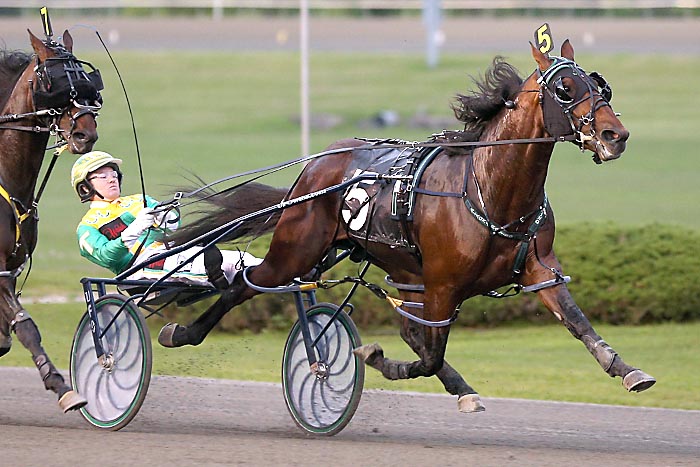 An exciting treble of babies for CAPTAINTREACHEROUS this week, with wins for 2YOs Lightning Dan (Horsham) and Smooth Bon Bon (Bathurst) and 3YO Captain Nemo beating the older horses at Cambridge.

A stellar week for FOUR STARZZZ SHARK with six winners including mare Dibaba again at Bathurst, this time clocking 1:55.5 and clearing out to win by 28m, 3YO filly Elektra in 1:54.5 at Tabcorp Park Menangle, Mista Shark at Gloucester Park, Trooper Mossman at Mildura, Her Heart of Gold at Kilmore, and at Albion Park, Sir Julian cracked $231,000 with win #38!

SOMEBEACHSOMEWHERE claimed his usual swag of winners, headlined by 2YO filly Martini Stride who stopped the clock at 1:55.6 at Tabcorp Park Menangle, and joined by The Talk (Canberra), Reiby Beach (Leeton), Pacific Drums (1:53.5, Albion Park) and Hilltop Breeze (Mildura). WELL SAID was represented by 4YO Major Statement at Penrith.

Previous sires on the winners list this week were BLISSFULL HALL continuing to have a blinder with Yoursnmine, The Spanyen, Blissfull Penny and Ultra Bliss all saluting, and WESTERN TERROR with Skippers Swan Song going back-to-back and Western Belle.