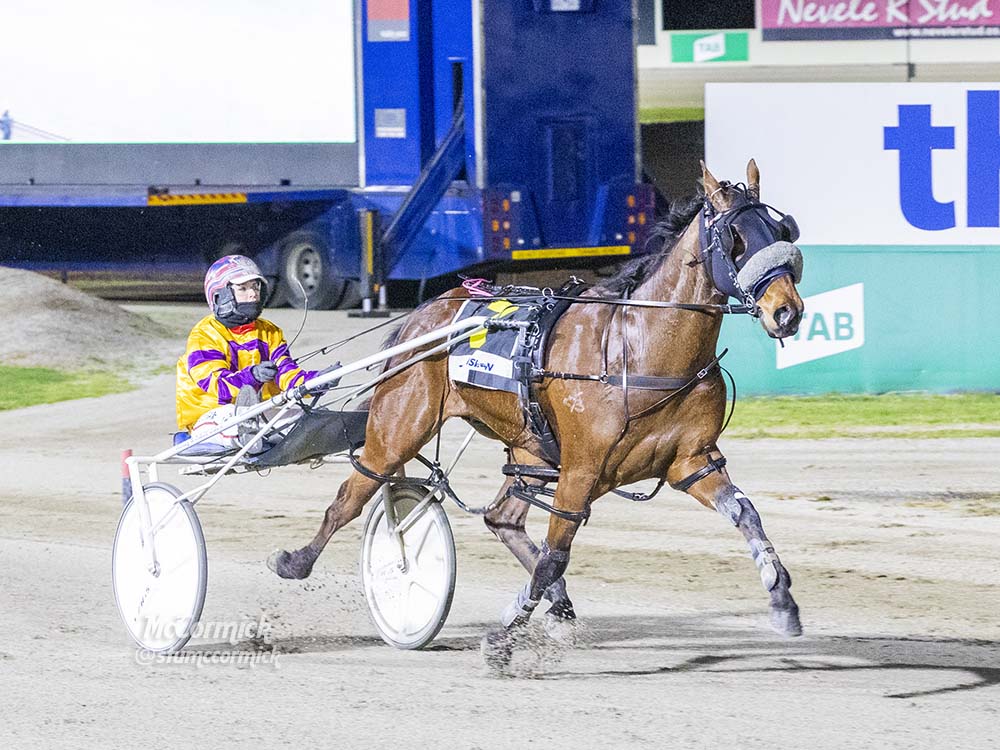 Seven good winners for CAPTAINTREACHEROUS this week, including three terrific 2YO winners, and plenty of Vicbred achievers. Two-year-old colts The Lost Storm (1:55) and Perfect Class both claimed Vicbred Super Series heats at Shepparton while at Kilmore, it was Catch A Wave and the mighty Encipher who saluted in their 3YO Vicbred Super Series heats. Encipher’s victory takes her past the half-million stakes mark! What an incredible effort by the 3YO filly – congratulations to connections.

At Penrith, My Ultimate Carter made it 4-2-2 with his second consecutive win, a feat repeated by Gordons Bay when he won the Christmas Cup at Canberra. Captain Nemo clocked an impressive 1:53.4 at Albion Park to add another win to his already impressive record.

SOMEBEACHSOMEWHERE had an even bigger week than usual, knocking out an incredible dozen individual winners Mon-Thu! Oursurfinsafari, Beach Life, Petillante, Icanmotor, Hesashorething, No Motive, Some Chevron, Illawong Kim, Cutty Sark, Full Brother, Noosa Beach and Be My Girl were all in the winners stall this week.