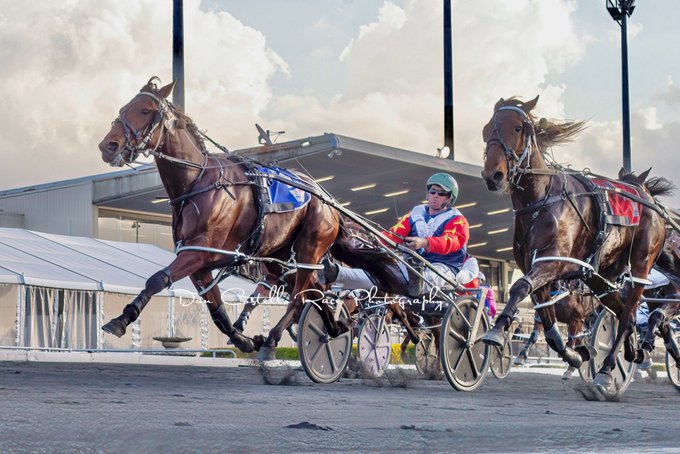 Five winners for CAPTAINTREACHEROUS this week including a new 2YO winner in Blackjack Beth (Albion Park) and in the APG Eastern Challenge, Captain Bellasario who clocked the fastest ever mile rate at Warragul! Also victorious were 3YO Scarlet Ribbon who won her second in a row by 10.6m at Pinjarra, Rascal by 9.1 at Bunbury and 3YO Treacherous Kiss at Bathurst.

BETTING LINE had a 3YO double with Winnie Tang at Globe Derby Park and Spring LIne by 7.6m at Wagga. Azellias Fame also won a trial at Kilmore.

For HESTON BLUE CHIP, Heston Cash got up at Bendigo while at Redcliffe, Mummys Boy added another win to his record.

Over in the US, STAY HUNGRY had a couple of handy winners in the baby races at Meadowlands – take a look at our Twitter feed for videos of these races.

Of our past sires, there were doubles for HUNTSVILLE (Snow Hunter & Studleigh Melise) and WESTERN TERROR (Bella Ball Terror & War Western), winners for FOUR STARZZZ SHARK (Aimforthstarzzz), WELL SAID (Valour Stride) and ARTISTIC FELLA (Eastbro Tex) and of course lots for SOMEBEACHSOMEWHERE. He was represeted by Oursurfinsafari, Dance With Somebody, Lucky Beach Boy, Playa Blanca, A Real Gentleman and Beach Villa.