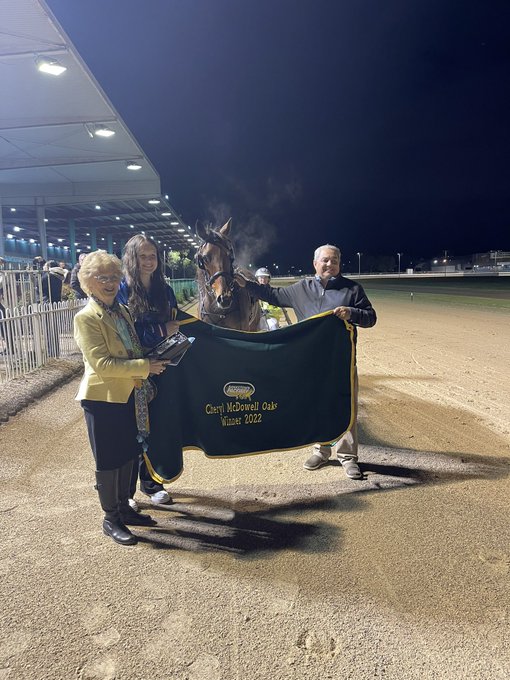 Another big six for CAPTAINTREACHEROUS off the back of a weekend that included two Group 1 winners! Some exciting youngsters starting to hit their straps across the country – 3YO filly Captn Me took out the McDowell Oaks at Bankstown, while in the 2YO ranks, Bravo Stride won at Kilmore to make it two starts for two wins, filly Sahara Breeze saluted on debut at Geelong and Our Lady Gen made it a 2.1 margin at Gloucester Park. Big margins for his two 2YO winners – Treacherous Rock by 14.7m at Charlton and 6.8m for Niki Nah Nah at Shepparton.

In the USA, his 3YOs captured legs of the Kentucky Championship Stakes at The Red Mile – Boudoir Hanover & I Did It My Way – and 2YOs capture their legs of the PASS at Harrah’s Philadelphia – Beach Cowgirl & My Little Captain.

STAY HUNGRY 2YOs have now notched up over $1.14M in earnings with filly My Hungry Girl adding to the tally with her $54,000 PASS leg in 1:53.2 and Hungry For Love picking up a $30,000 division of the Kentucky Commonwealth Series at The Red Mile – book into this super value star, his book is filling fast!

Of our past sires, it was doubles all round – with the exception of BLISSFULL HALL! Our dear late BLISS had just the one winner in Pops Boy, but the other boys doubled up – WESTERN TERROR (La Miniccia & Western Arterra), BETTING LINE (Operative Love & Betting Origin), HESTON BLUE CHIP (No Rushing & Will He Pike) and SOMEBEACHSOMEWHERE (Wheres The Gold & Be My Girl).