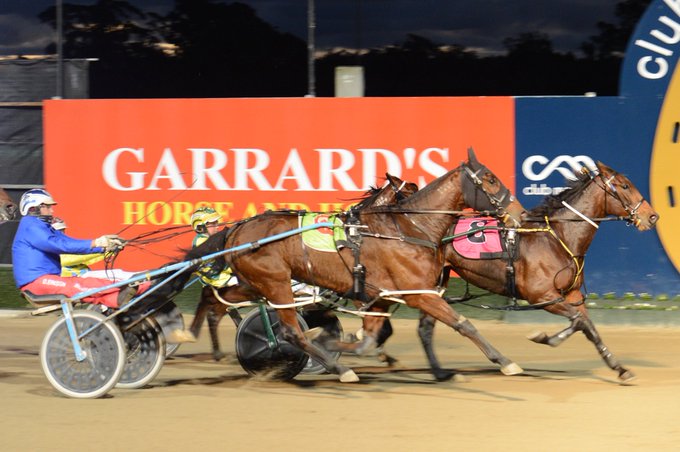 A handy 3YO double for BETTING LINE this week with Whos The Dad taking an 18m win at Pinjarra and Comet Crusader saluting at Newcastle.

Newcastle also produced one of CAPTAINTREACHEROUS‘ five midweek winners – Chevrons Bypass was one of three 3YO winners for the sire, along with Jilliby Willow at Ballarat and at Redcliffe, Master Charles claimed a heat of the Trot Rods series. At Tabcorp Park Menangle, he secured a 4YO double with Heaven Island (1:53.9) and Rascal in first.

HESTON BLUE CHIP‘s 4YO daughter Shezabluechip made it two in a row when she got up at Shepparton.

SOMEBEACHSOMEWHERE with his usual brace with winners in Eve Crocker, Dugee Sloy, Some Change, Farawayeyes, The Talk, Custom Nike & Somethingaboutlexy.