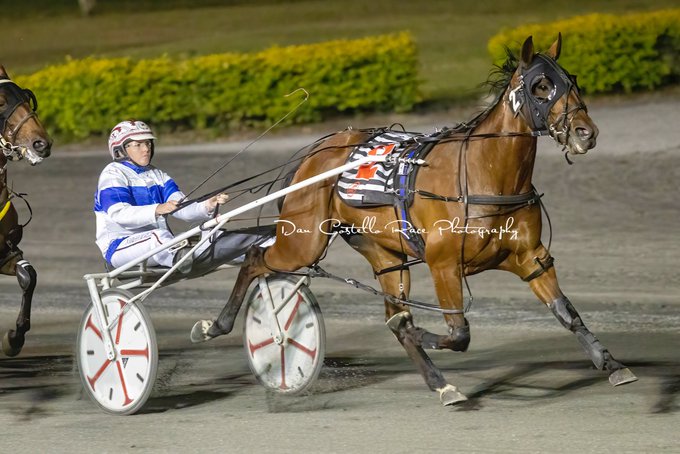 Two new 2YO winners for CAPTAINTREACHEROUS this week, both fillies and both contributing to his continuing status at the top of the 2022 Sires by 2YO Earnings table in Australia. Madrigal saluted at Redcliffe while at Penrith, it was Miss Hornigold in the money. In North America, we were very pleased to see 3YO daughter of CAPTAIN, Treacherous Dragon, take the Dan Patch 3YO Pacing Filly of the Year – even better, she’s a sister to STAY HUNGRY!

Empire are very proud to see big numbers of our sires’ progeny contesting Saturday night’s 2023 Vicbred Super Series GROUP 1 Finals at Tabcorp Park Melton. CAPTAINTREACHEROUS has eleven runners – 2YOs Perfect Class and The Lost Storm, 3YOs Encipher, Catch A Wave, Talk Time & Lightning Dan, and 4YOs Tough Tilly, Niki Nah Nah, Captain Bellasario & Jilliby Dynamite. BETTING LINE is represented by 2YO fillies Soho Seraphine and Credulous while SOMEBEACHSOMEWHERE is across all age groups with Khafaji, Beach Life, Petillante, Somethin Bout Eily, Act Now & Idyllic. WESTERN TERROR is still in the mix with three 4YO mares in the finals – Doubs Babe, Silver Mystique and Pray Tell while WELL SAID has a daughter in the 3YO fillies final in Mitzi Said. Our best wishes go to the connections of all these runners and to HRV for a successful race night to end the year!