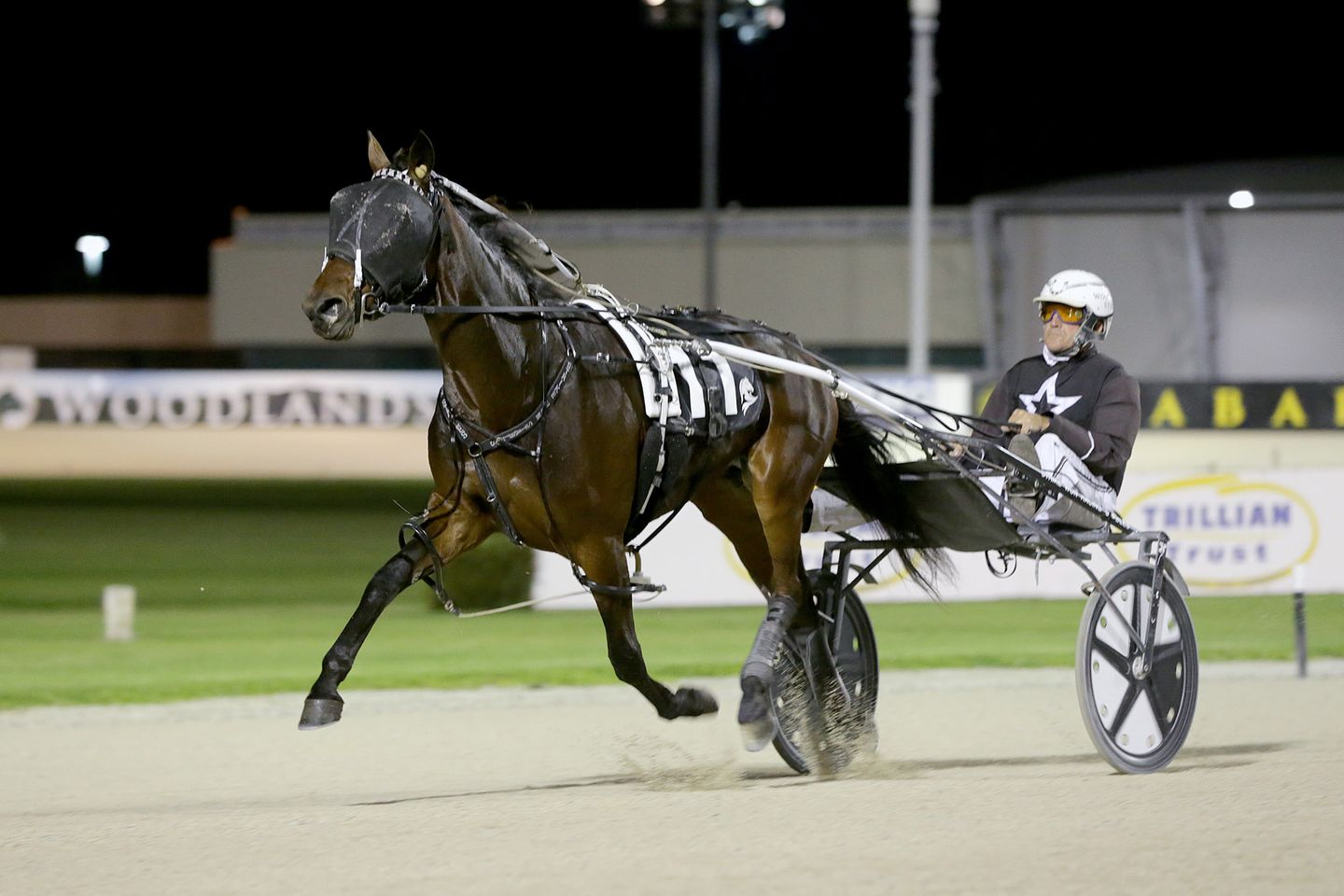 A massive week for the star CAPTAINTREACHEROUS, represented by eight individual winners including a Group winner!

3YO filly Double Delight claimed the GROUP 3 Northern Trotting Oaks at Alexandra Park, while Catch A Wave made it clear his 3YO season is likely to be as exciting as his 2YO won when he returned to take a heat of the APG Gold Bullion series at Bendigo in 1:52.3 by nearly 14m.

Of his 4YO progeny, Arma Renegade took her heat of the TAB Regional Metro Championship at Tabcorp Park Menangle, Eternal Gold saluted at Redcliffe, and Beta Jewel made one of a Bathurst double with 3YO Master Stride. He also had a 2YO double with Our Lady Jen claiming the De Campo Memorial at Bunbury and Exciting Times putting 8.9m on rivals at Redcliffe.

Of our past sires, HUNTSVILLE progeny continued on their winning ways with wins for 2YOs Mister Hunter and Another Nien. WESTERN TERROR posted a treble – Dontbesillychilli, Pray Tell & Here Comes Bobby, while FOUR STARZZZ SHARK (Headwin), BLISSFULL HALL (My Courtell), ARTSPEAK (Pickle It) and ARTISTIC FELLA (Baileys With Legs) all recorded winners.

Not to be outdone by his outstanding son, SOMEBEACHSOMEWHERE also secured eight winners for the week – The Rainbow Beach, Alrosa, Hillview Bondi, Elegant, The Talk, Fantasy Beach, Lucky Beach Boy and Duggee Sloy!