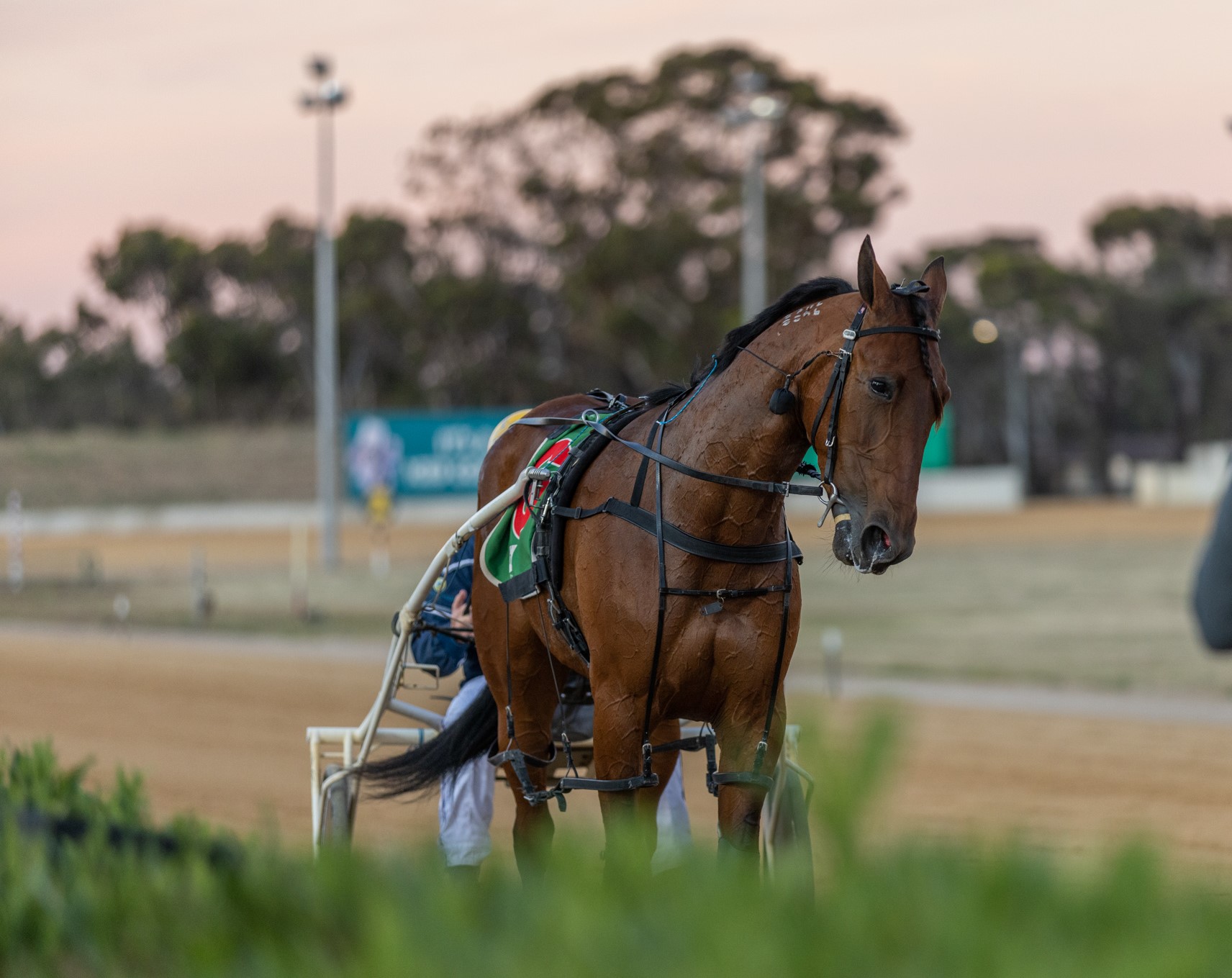 What a weekend for CAPTAINTREACHEROUS!

Three of his six local winners were Group races (including a GROUP 1 and a new 2YO track record at Melton), Australian progeny earnings surged past $6,000,000, and Allwag Hanover broke a 16-year World Record in North America.

3YO CAPTAIN filly, Encipher, became his second highest money-earner down under with her super GR1 Victoria Oaks win at Tabcorp Park Melton. On the earnings ladder, she sits just behind Tough Tilly who made it back-to-back wins to take the GR3 Make Mine Cullen in 1:51.4. Rounding out the Group results for the night was the beautifully-bred colt School Captain who set a new Melton 2YO track record to win the Vicbred Platinum Home Grown Classic 2YO Colts & Geldings Final in 1:54.5 – in just his second start.

More high speed at Tabcorp Park Menangle where Captains Knock clocked 1:54.5 and at Newcastle where 3YO filly Eye Can Fly finished in 1:55.4. A new 2YO winner for CAPTAIN at Alexandra Park with colt Dontstopmenow winning on debut.

In North America, it was CAPTAIN 5YO Allywag Hanover upsetting the Bulldog Hanover party, lowering the 16-year mile track aged gelding world record with his 1:46 win in the $153,000 Allerage Farms Open at The Red Mile. Workin Ona Mystery, also by CAPTAIN, came in for third, while 2YO colt Combustion set 1:49.3 to take his $99,000 division of the International Stallion Stake.