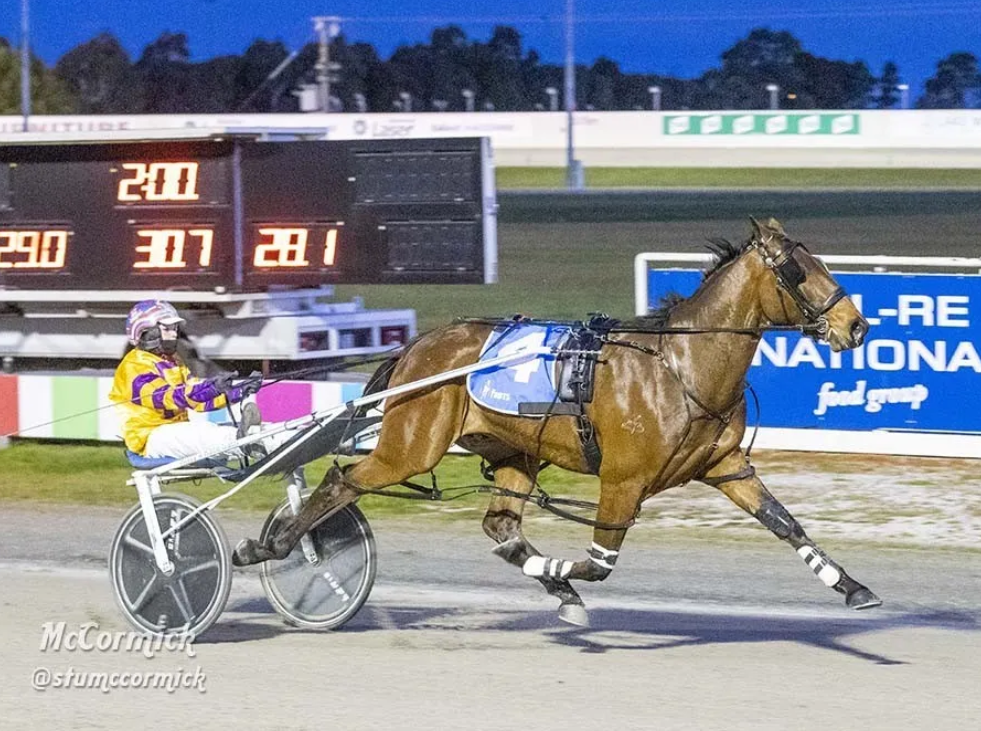 Some eye-popping results for progeny of CAPTAINTREACHEROUS this weekend!

In the Holloway 3YO Classic at Ballarat, it was Captain Ravishing then daylight, then more daylight… A 36.5m margin and a 25.1 last quarter for the lightly raced colt.

Another talented 3YO, Catch A Wave, took his bank to $328,000 with a 1:55.2 win at Tabcorp Park Melton, one of two there with Treacherous Times picking up a win there too.

2YOs weren’t left behind – A Lil Bit Of Love won on debut by 7m at Cowra while at Wagga, Treasure Stride made it two wins from three starts. In North America, the $185,000 Champlain Stakes at Woodbine Mohawk Park for 2YOs was taken by CAPTAIN colt Save America in 1:50.2.

Other handy winners in the US were 3YO fillies Southwind Java (New Jersey Sires Stakes Final at Freehold) and Boudoir Hanover (Kentucky Championship Series leg).

Of our past sires, WELL SAID had a great few days with five winners (We Salute You, Triedtotellya, Saginaw, Aphorism & Chatherup) and HESTON BLUE CHIP took four (Lesya, Dallas Charlie, Whats Stanley Got & Girl From Oz).