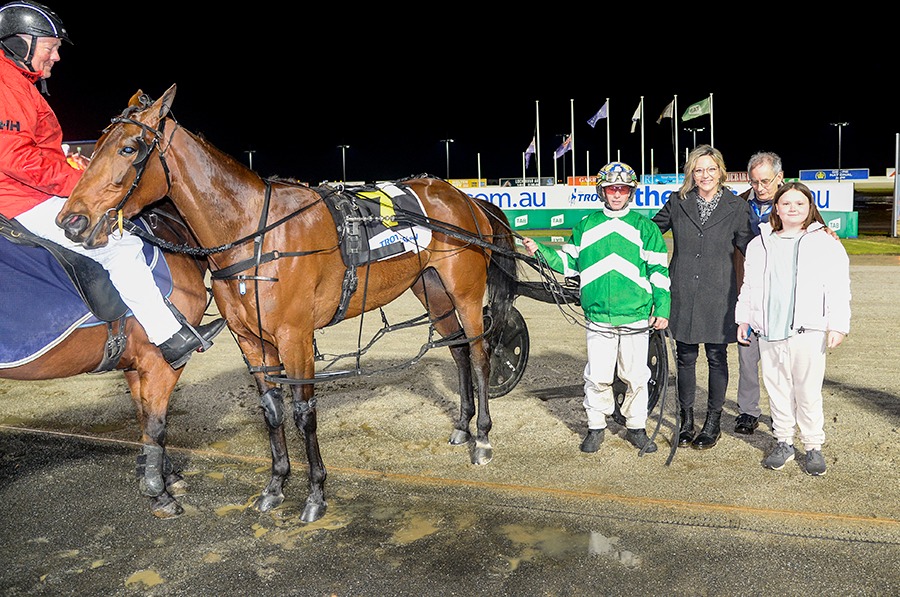 Four handy winners for our star sire CAPTAINTREACHEROUS this weekend, headlined by mare Treachery taking the GROUP 3 Tailamade Lombo in 1:55.0 at Tabcorp Park Melton. 2YO filly Treasure Stride added a win to her record at Wagga in 1:56.5 and at Newcastle, he recorded a 3YO double with Majic Moment in 1:54.6 and Rubini in the winners’ circle!

A clean sweep of the 3YO Kentucky Championship Series Finals for CAPTAINTREACHEROUS with filly Boudoir Hanover taking her $400,000 race in 1:49.2 and I Did It Myway the colts race in 1:48.4 at The Red Mile. CAPTAIN colt Save America also cut a path toward the Metro Pace, taking an elimination in 1:49.2 at Woodbine Mohawk Park.