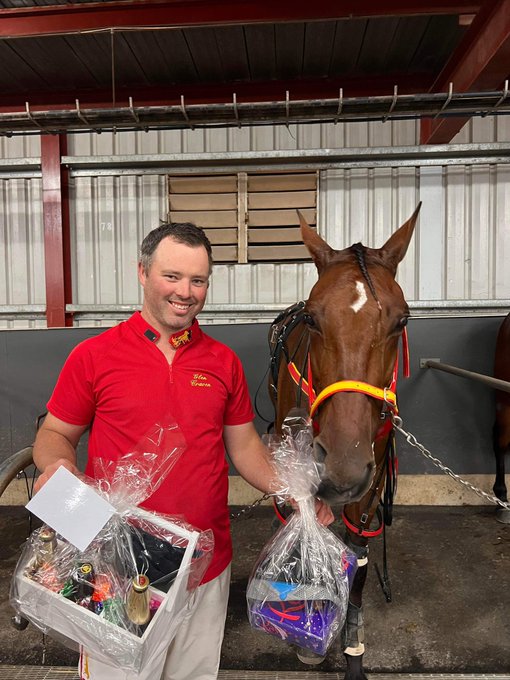 Five serious winners for CAPTAINTREACHEROUS this weekend, starting with the CAPTAIN trifecta at Ballarat, headed by Jilliby Dynamite in 1:54.9! Trotting mare Double Delight ticked over $119,000 in earnings with a salute at Alexandra while at Marlborough, Tremendous Lover took the choccies. Catch A Wave kept doing Catch A Wave things with a stunning win in a Mercury80 heat at Melton – by 9m if you don’t mind – and 3YO My Ultimate Carter put 10m on rivals to win the Whitton Memorial at Tamworth.

Of our past sires, it was a big few days for BETTING LINE, represented by Foveaux Gambler, Rebline, Nurse Anna & Soho Seraphine. WESTERN TERROR also notched four – Wunderland, Tinge Of Fear, Caledonian Terror & Arena Queen – while WELL SAID took a treble with Petes Said So, We Salute You & Might As Well.