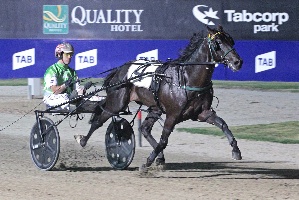 A shorter one with no racing on Christmas day, but CAPTAINTREACHEROUS still managed to post five handy winners, including three Vicbred Super Series Semi Final winners that we look forward to seeing go around in the GR1 finals on New Years Eve. At Melton, The Lost Storm (2C&G), Encipher (3F) and Tough Tilly (4M) all secured their finals places, while 3YO filly Captains Cote took win #3 at Albany and at Horsham, a new 2YO winner with Chillin saluting.

With just a few days left of the 2022 season, CAPTAIN remains at the top of the 2YO sires earnings table, his 34 winners collecting over $1.56m for the year! He also leads the 3YO sires by average earnings table at $31,232.

Of our past sires, there were winners for BLISSFULL HALL (Morrisons Dream) and WELL SAID (We Salute You), doubles for WESTERN TERROR (Dougs Babe & Weman Macha), BETTING LINE (Yankee Gambler & Keayang Santiago) and HESTON BLUE CHIP (Puzzle Piece & Heston Zoolander), and for SOMEBEACHSOMEWHERE, a treble of Surf Ace, Remember Me Now & Sorrento.

We hope everyone had a wonderful Christmas and can look forward to enjoying a relaxing Boxing Day today.