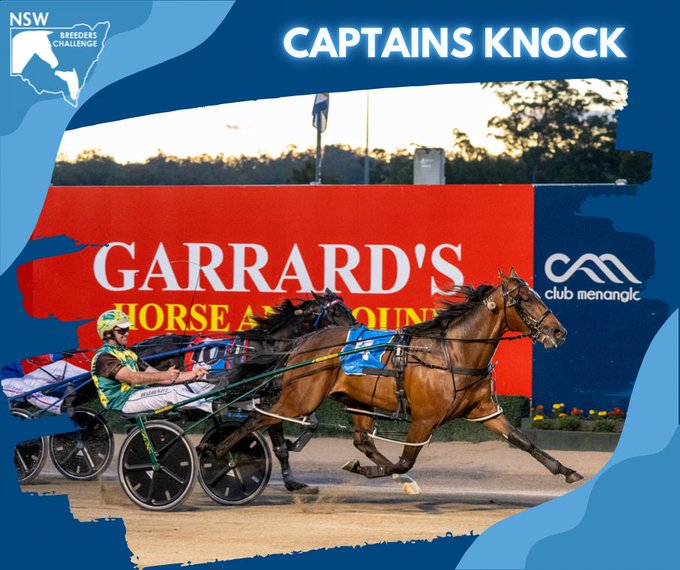 And what a weekend it was for CAPTAINTREACHEROUS!

Two Group 1 winners locally and in Canada, a Breeders Crown filly!The finals of the NSW Breeders Challenge were staged at Tabcorp Park and two CAPTAINs emerged victorious. Clocking 1:52.2 was 3YO filly Captn Me who took her earnings to over $150,000 with her GR1 win, while 2YO colt Captains Knock made it FIVE consecutive wins to take his GR1 final in 1:52.9.

In Canada, CAPTAINTREACHEROUS filly Treacherous Dragon dominated in the $810,000 Breeders Crown 3YO Fillies Final at Woodbine Mohawk Park to win in 1:49.1. At The Red Mile, his 2YOs also won both fillies and colts $70,000 Corbin Sires Stakes Finals – To All A Goodnight in 1:52.4 in the Fillies division and El Rey in 1:50.4 in the Colts.