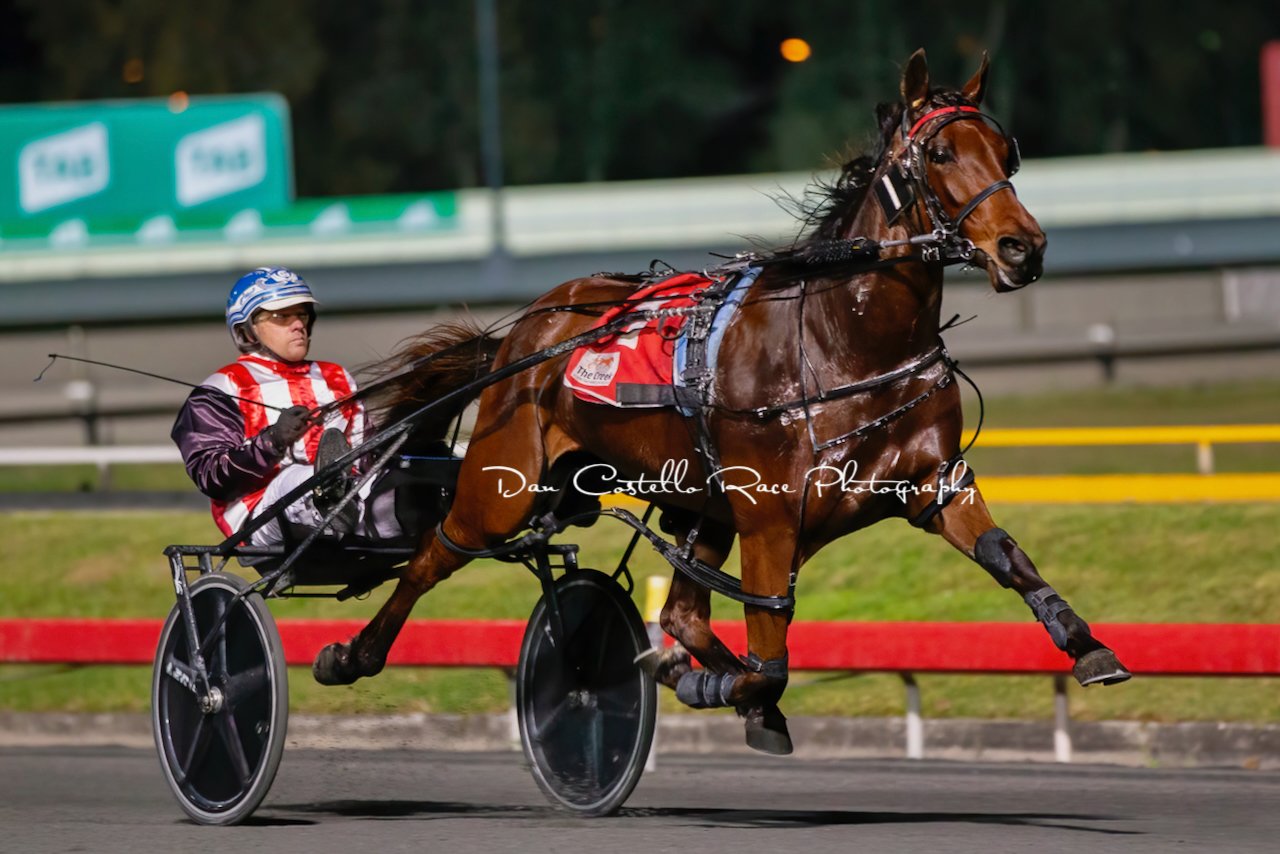 Four terrific winners for CAPTAINTREACHEROUS – new 2YO winner, filly Takeitout who clocked an incredible 1:52.4 to win the Wills Memorial at Ashburton, a 4YO double at Albion Park with Slick Sophie and Aye Aye Captain (1:54 & 1:54.1 respectively!), and at Addington, Deceptive Lee added another to his record.

Also featuring in the PASS Finals were – of course – STAY HUNGRY, whose daughter Ginger Tree Coco claimed the $50,000 2YO Fillies Consolation and HESTON BLUE CHIP, with his 2YO colt son Fulton taking the $252,000 Final in 1:51.3.

STAY HUNGRY filly Hungry For Love also added another $30,000 leg of the Kentucky Championship Series at the Red Mile, this one in 1:51.4.