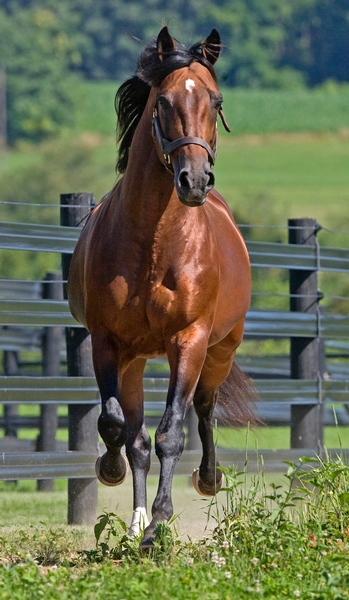 Some cracking results for our boys this weekend, headlined by a GROUP 3 win for FOUR STARZZZ SHARK 2YO, Allstarzzz Frankie, clocking 1:54.5 to win the Fitzpatrick Tatlow Stakes at Tabcorp Park Menangle! He was one of four winners for SHARK, with outstanding mare Dibaba winning by 21m at Newcastle, Shark Dancer saluting at Leeton and Wenthestarzzzzaline at Shepparton.

CAPTAINTREACHEROUS saw two juveniles record a Tabcorp Melton double – 3Yo Captain Bellasario and 2YO filly Uhura in 1:55.3, while his sire SOMEBEACHSOMEWHERE produced Santa Casa Beach (1:54.6) on the same card as well as a double at Shepparton – Some Change in the Mooroopna Pacing Cup and Okinawa Beach in the Szwanenfeld Memorial – Somedan at Devonport The Hervey Bay at Redcliffe, and 3YO colt Run For Stikka at Geelong.

HESTON BLUE CHIP recorded a double – 3YO filliles Leah Shannon at Cowra and Shakira Blue at Narrogin – while ROCKNROLL HANOVER was represented by the reigning Australian Horse of the Year, King Of Swing, making his return to Tabcorp Park Menangle in 1:54.2!