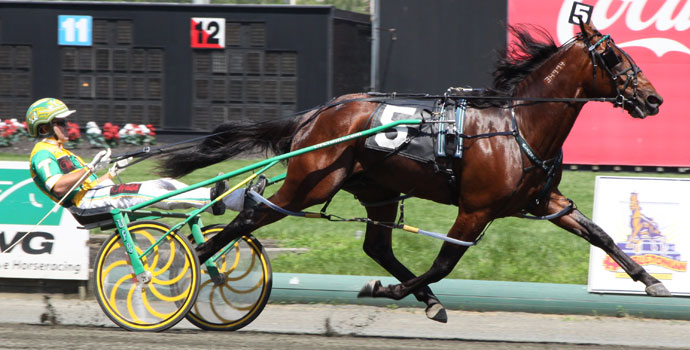 The Bathurst Crown heats were as big for the colts as it was for the fillies last week! Take Out took one of the heats, headlining a double for WELL SAID along with Well Well (Echuca), while Nineteenth Man, Lighting Dan and Master Stride all collected their respective heats, the first three of CAPTAINTREACHEROUS’ weekend quad, along with 3YO Captain Pins who saluted at Winton.

SOMEBEACHSOMEWHERE collected a weekend treble – Adda Girl by 7.8m at Bridgetown, and a Narrogin double with Make It Happen & Power And Grace – while both HESTON BLUE CHIP (Forgot The Wallet in a Williams Memorial heat at Launceston) and ROCKNROLL HANOVER (Zozo Ma Gogo in 1:53.8 at Gloucester Park) both collected winners.