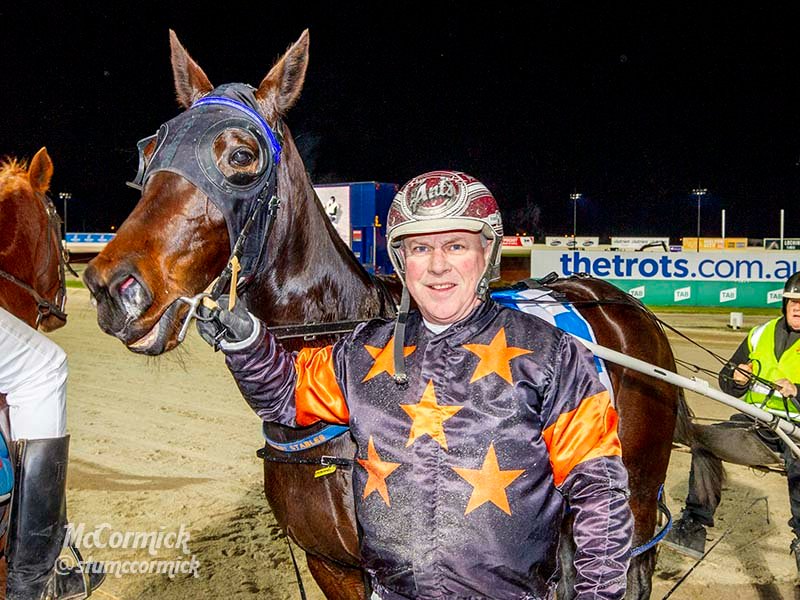 A huge weekend for BETTING LINE, a stunningly athletic sire really starting to hit his straps with SIX winners!

2YO filly Soho Seraphine headlined with this impressive 1:55.7 win at Tabcorp Park Melton. Another 2YO, You Cannot Hide won by 15.7m at Parkes, bringing up the 4,000 training wins milestone for Steve Turnbull and 400 driving wins for Mitch Turnbull.

Cranbourne produced a double with new 3YO winner Lady In Line and Commander Buzz up, the latter taking his earnings to over $46,000 with the win. Bet On The Tiger saluted at Bendigo and over in the west, Whos The Dad added yet another notch to his record at Gloucester Park.

The Derby champ Alby Two Chains did sire CAPTAINTREACHEROUS proud at Redcliffe, with a 12.4m victory while HESTON BLUE CHIP was represented at Hobart by 3YO Ideal Pace.

STAY HUNGRY breeders, get excited! His 2YOs continue to impress in the USA, with three trial winners at The Meadowlands – the fastest in 1:51.4 – and eleven official race winners making their way through the ranks.