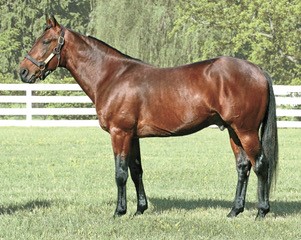 A big weekend for CAPTAINTREACHEROUS with five winners across Australasia and headlined by a blistering 1:54.1 win by 40m at Tabcorp Park Melton by exciting 2YO colt, Petracca, to claim the 2022 Shakamaker Classic! Also in the winner’s stall were Captain Dorian in 1:55.2 at Newcastle, 3YO filly Majic Moment at Addington, Platinum Stride in 1:53.8 at Melton and 3YO Captain Rival at Ballarat.

BETTING LINE son Comet Crusader secured a heat of the Armidale Pace – he was one of FIVE Empire-sired winners on the card of seven at Armidale with Western Riki, Nor Westa (WESTERN TERROR), Monellina (WELL SAID) and Ollies Molly (JET LAAG)!

A solid list of four winners for HESTON BLUE CHIP with 3YO Ideal Pace backing up to win the Williams Memorial Final at Launceston, True Blue Rose and Ceres Goldchip both up at Mt Gambier and Shakira Blue taking a division of the Burvill Pace at Bridgetown.

Of our past sires, WESTERN TERROR added to his Armidale double with Tearaway Diamond, Left In The Wind, Sassyola and Yesnomaybso, while BLISSFULL HALL (Hyde Park, Hurricane Ed & Yoursnmine) and ROCKNROLL HANOVER (Shannonstheman, Just Rokin & Rocks Roy) both secured trebles.