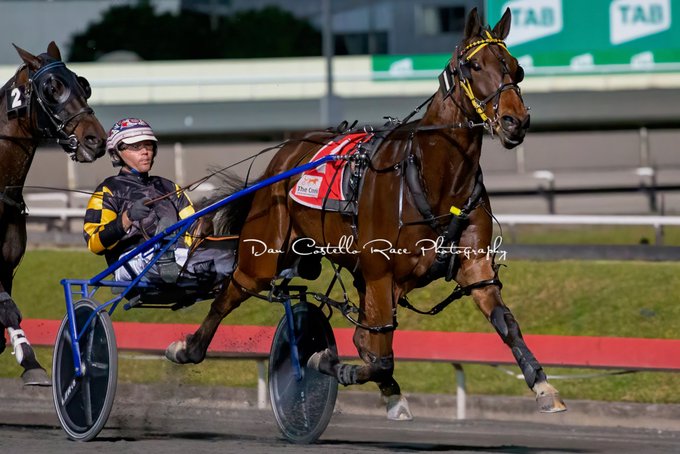 Four winners for CAPTAINTREACHEROUS across the weekend, headlined with a 1:53.6 win on debut for 2YO Bravo Stride at Wagga! Captain Shuffles made it back to back wins, clocking 1:51.6 at Albion Park, while 3YO filly Obsession saluted at Addington and Treacheroustimes at Bendigo.

At The Meadows in North America, his son Catch The Fire equalled the stakes record of 1:46.4 in the $278,000 Sam McKee Memorial.

Another big selection of our past sires were represented in the last few days with winners for JET LAAG (Fiftyshades Cresco) and KENNETH J (Fly Cheval), and doubles for BETTING LINE (Credulous & Bet On The Tiger) and HESTON BLUE CHIP (Orlando Blue & Shes Miss Devine).