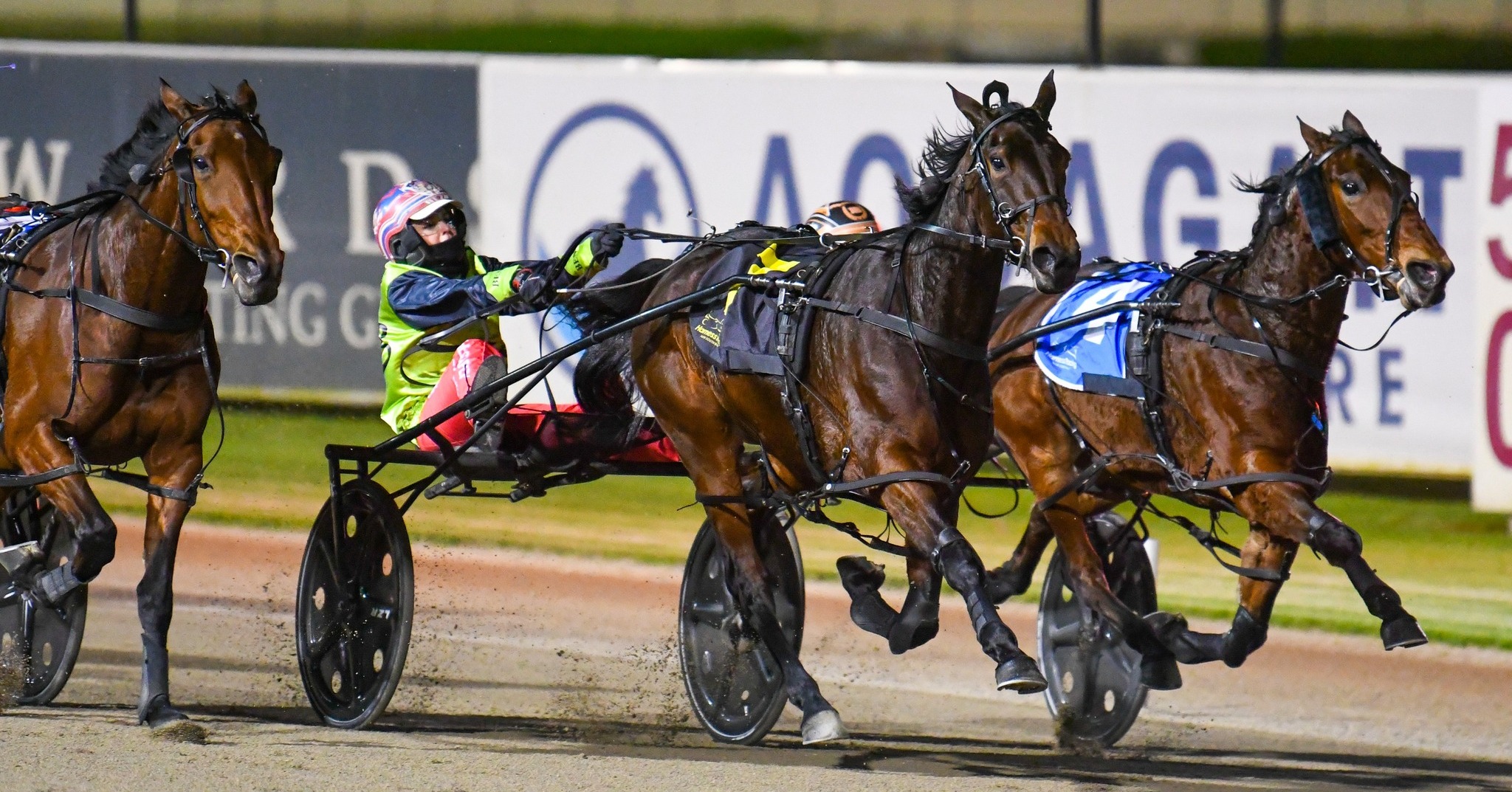 It was ladies first for CAPTAINTREACHEROUS this week with four of his five weekend winners being fillies and mares – and what mares they are!
Tough Tilly proved she’s taken the step up from start 3YO by taking the GROUP 1 APG 4YO Mares Final at Tabcorp Park Menangle in 1:53, while at Tabcorp Park Melton, it was Treachery stopping the clock at 1:55.1 to take a dominant 10.3m win. Atreacherous was successful at Globe Derby Park while at Yarra Valley, it was 3YO filly Norm’s Lady in the winners’ circle.

His sole male representative was no less impressive thought – Captain Crusader secured a GROUP 2 win with the APG Consolation in 1:52.1 at Menangle.

At Albion Park it was HESTON BLUE CHIP mare Girl From Oz who took the GR2 APG Consolation in 1:55.9. BETTING LINE was represented at Yarra Valley by the well-named Our True Colours (out of Lauper)!